HOLIDAYS ON MADEIRA ISLAND
The Pearl of the Atlantic

The Madeira Islands, 540 miles southwest of Lisbon, Portugal, are a Portuguese archipelago positioned about 360 miles directly west of Morocco, Africa in the north Atlantic Ocean. They are an autonomous region of Portugal, with Madeira Island and Porto Santo Island being the only inhabited islands. The Madeira Islands, known originally to the Romans as the Purple Islands, were discovered by Portuguese sailors, Prince Henry the Navigator, João Goncalves Zarco and Tristão Vaz Teixeira, in the early 15th Century. The Portuguese crown claimed possession of the islands, and settlement began around 1420, with the exportation of wheat following shortly thereafter. As the grain industry began to decline, Henry called for the planting of sugarcane, and it wasn’t long before the crop became a major component of the island’s economy. Labor demands increased, and Genoese and Portuguese traders grew interested in the islands. The sugarcane industry thrived until the 17th century, before moving onto Brazil, and since then Madeira’s most important product has been its wine. In the early 19th century, the Madeira Islands were briefly occupied by the British Empire, as a result of the Napoleonic Wars. Then, in 1916, the islands began experiencing the effect of World War I, as German ships pulled into Funchal harbour and torpedoed 3 ships. The following year, German ships bombarded Funchal once again. As a result of the democratic revolution of 1974, Madeira received autonomy, and these days the islands are a popular year-round resort and cruise ship port, famed worldwide for Madeira wine, embroidery artisans, near perfect weather conditions, as well as a striking scenery with beautiful flowers. Madeira Island (740 sq km) is the largest island of the group. It’s a rugged, mountainous rock, famed for its elevated sea cliffs, including Cabo Girao, the planet’s second highest. Funchal, the capital city, has a population of 100,000 inhabitants. From its natural harbor, Funchal literally covers the slopes of an ancient volcano, with many of its narrow streets reminiscent of those in Venice, Italy. 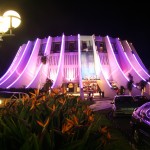 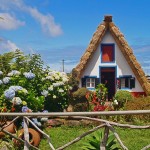 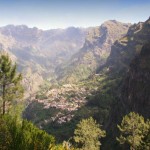 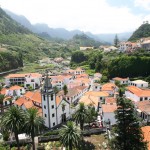 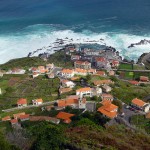 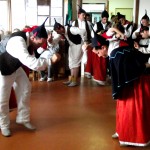 From breathtaking views, to unique events and activities, Madeira is much more than a holiday destination. Guided tours, golfing, hiking, paragliding, jeep tours, diving, fishing. Walk the Levada’s, the unique irrigation channels that double up as amazing and unique walking trails.

FESTIVITIES ON THE ISLAND

Popular feasts, which take place all year round, are opportunities to appreciate traditional gastronomic flavours and see Madeira partying, especially for the Carnival parades, the Flower Festival, the Atlantic Festival and, above all, the end-of-year fireworks display.